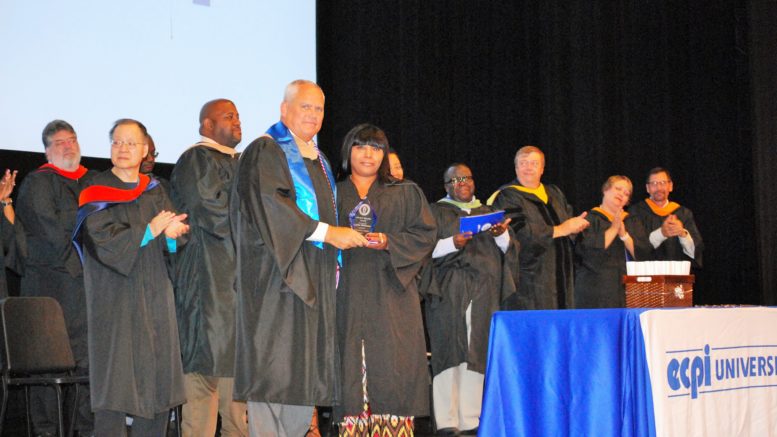 Every year, the Columbia Campus honors a student who defies the odds. Named after ECPI University’s founder, the Alfred Dreyfus Perseverance Award is given to a graduate who refuses to back down from a challenge or setback. Letita Williams is just such a person.

When Letita enrolled at ECPI University, she knew it would not be easy. A full-time certified nursing assistant and mother of seven children, she had little time to spare, but had always wanted to become a nurse in her own right.

[Tweet “”I always made sure I walked in with my head held high and pushed through.””]

College was an especially big time commitment, but Letita was determined. She would drive an hour and 15 minutes each way to attend class. And at one point, she had to drive twice that distance for her clinical rotation. Partway through her program, she was completely exhausted and had to take a four-month break.

Just before returning to school, Letita went in for a physical and the doctor found a lump on her breast. When the biopsy results came back, she learned that she had breast cancer.

Faced with such news, most people might set school aside for the moment. Not Letita. She managed to schedule her chemotherapy around work and school, often arriving in class right after treatment. When asked if she ever felt too sick to show up, she said, “Sometimes I would feel bad, but I always made sure I walked in with my head held high and pushed through.”

Letita had to take a medical leave of absence for two terms to have a double mastectomy, but after taking just one week to recover, she contacted the campus to let them know that she was ready to return. Letita is now a college graduate and looks forward to becoming an oncology nurse.

Graduation at Columbia Becomes a Family Affair for Father and Children

Enrolling in College With a Friend for New Academic Opportunities