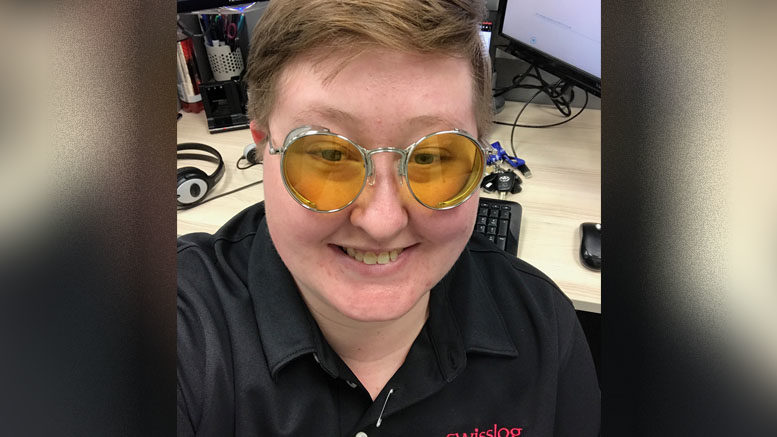 Listen to Your Advisors, Not the Little Voice in Your Head

My name is L.J. and I am an Army veteran that came into ECPI University with a lackluster attitude, blue-green hair, and absolutely no direction because I had fallen on horrible times and moved back into my parents’ house. But something happened along the way. I found the right people – or maybe they found me – and I listened to them.

Ultimately, I graduated, but not without a few struggles along the way. So, if you’re struggling, I’d like to share with you some of the things I found most helpful in surviving the two-year crunch at ECPI…are you ready?

Show up and do the work. If you want to succeed at ECPI University, you have to show up and, more importantly, you have to put in the effort. You don’t get a degree just for waking up in the morning. And really, why waste time and money if you’re not going to at least try?

[Tweet “If you cannot play nicely with others, they aren’t going to waste their time with you.”]

Work on soft skills.  Here’s the thing about employers: they come in and tell ECPI staff what they want…and what’s at the top of that list every single time? Soft skills. You can have all the knowledge in the book at your fingertips and be an excellent programmer, artist, network engineer, cyber analyst, or piano juggler, but in the end, if you cannot play nicely with others, they aren’t going to waste their time with you.

Make a connection. It took a couple of tries to get there, but I exceeded my own expectations by getting not only one, but two great externships with a locally-owned web developer that helped me learn not just the stuff you see in books, but how to use resources from all over to get the job done. I began networking with fellow students and alums on LinkedIn. And guess what? I became gainfully employed one month before I graduated.

[Tweet “It took a couple of tries to get there, but I exceeded my own expectations.”]

Listen to your successors. Whether it’s a teacher, a member of the SLA, your career services advisor or an alum, listen to us. We have been in your shoes. We know the struggle and we understand that life is hard, that you’re (possibly) working part/full time and attempting to gain an advanced degree, all at the same time.

A final word. So, is ECPI University the “best decision I ever made”? I would have to say yes. And if you are willing to follow this advice and listen to what others are telling you – and not the little negative voice inside of you telling you what you can’t do – then you too will be successful.

A Portrait of Perseverance: A Graduate in Her Own Words

Be the first to comment on "Keys to Success: Software Engineer L.J. Tarr Shares Tips"