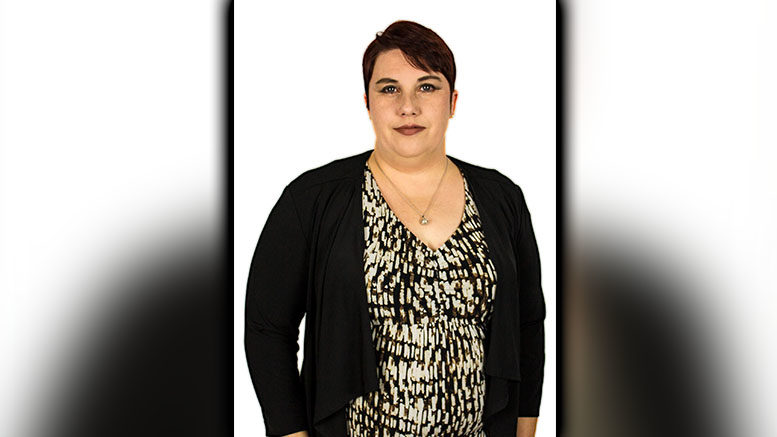 Laja Walker always wanted to go to college, but life just seemed to get in the way. She married shortly after high school, then became a mother. With four children, college became a dream deferred. When she got divorced, however, she knew it was time. Working retail jobs to make ends meet was not going to sustain her and her family for very long.

Besides, Laja was looking for more. She wanted a challenge. She wanted a profession. Going to school for four years was not an option, so when she learned about ECPI University’s accelerated, year-round programs, she was intrigued. “I really liked the fast pace,” says Laja. “My time at ECPI University really helped prepare me for the pace of working in the government contracting world and software development.

“The fast pace of the five-week classes was really helpful. We learned new material as we worked on completing an end-product by the end of class. That kind of environment really sets you up for success working in the software development industry. Also, the faculty is wonderful. I hit a couple rough patches along the way, and they were right there to help me work through it.”

“It’s an excellent job and I would have never even known about it if it wasn’t for ECPI University’s Career Services Department. The support I got there was the best.”

Following graduation, Laja accepted a position with Insignia Technology Services on the Army’s Head Start language learning project, creating animations and performing quality assurance for seven of the new language courses it was developing. From there, she started working on a number of projects for the U.S. Department of Veterans Affairs (VA) as a software engineer, later moving up to the Test Lead role and Sustainment Team Lead.

Laja is now working for IBM as an Application Tester on the Army Career Tracker (ACT) project for TRADOC at Fort Eustis in Newport News, Virginia. “I am using the development and database skills that I learned while at ECPI to help create the test scripts and queries I need to perform software testing for the ACT project,” she says. “It’s an excellent job and I would have never even known about it if it wasn’t for ECPI University’s Career Services Department. The support I got there was the best.

[Tweet “Laja is now working for IBM as an Application Tester on the Army Career Tracker (ACT) project for TRADOC at Fort Eustis in Newport News, Virginia.”]

“As an ECPI University graduate, I also enjoy career services for life. That is an extremely valuable benefit. I guess it’s just another reason why ECPI University was one of the best decisions I ever made.”

“What Are You Waiting For?” ECPI University President Asks

Military Service Member, Landon Combs: In His Own Words