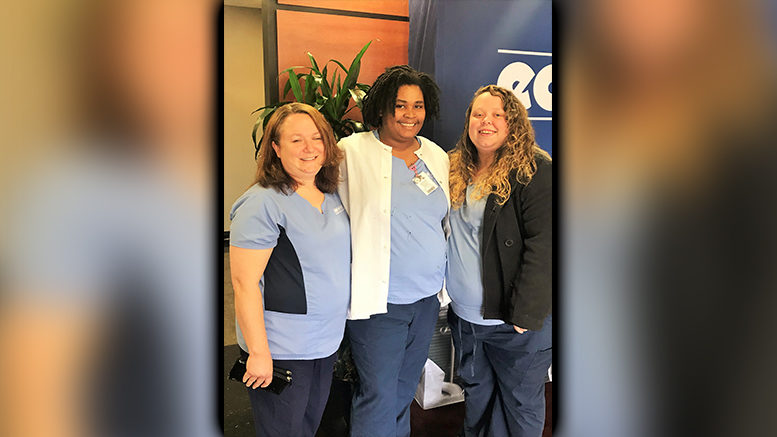 Nursing students Jamie Dill, Yaquina Johnson, and Anna Neal got more than they bargained for recently while having lunch after class. The three were at a restaurant not far from ECPI University’s Greenville campus when they heard grunting noises and went to see what was happening.

What they found was their waitress on the floor having a seizure. Anna immediately called 911 as Jamie got on the floor with the young lady to make sure she didn’t hurt herself during the seizure, while Yaquina went to inform the management of the restaurant. The students stayed with the victim as she began to wake back up and noticed how disoriented she was so they made sure she was safe until EMS arrived.

All three said that they had a huge adrenaline rush and that it was nice to know that they were able to retain the information that they have learned in school to help the victim. “I’m so very proud of the students’ quick response and team effort for this unexpected event,” says Greenville Campus Director of Nursing Marjorie Hedl. “This reinforces the significance of understanding nursing concepts rather than memorizing. These students were able to utilize critical thinking and prioritization to ensure a positive outcome for the waitress.”

Making a Difference and Making Their Marks while at ECPI University

Positive Changes in the Community Start at ECPI University