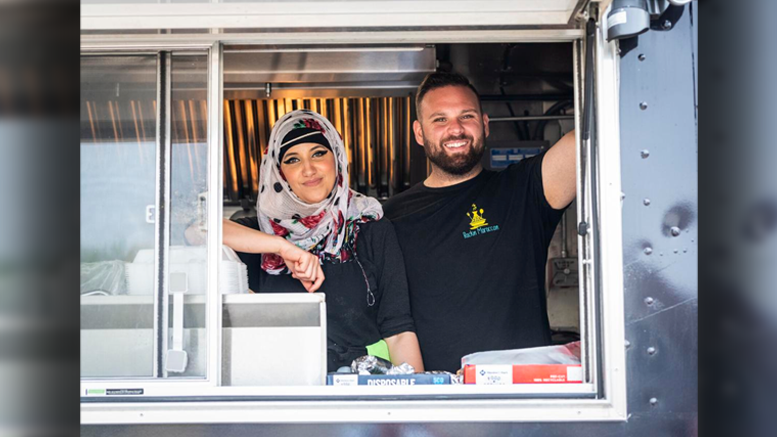 Author Stephen King once said, “Amateurs sit and wait for inspiration, the rest of us just get up and go to work.” He could well have been talking about Mike Neel. A native of Brooklyn in New York City, he grew up working in both of his family’s businesses, a bakery and a computer repair shop.

Mike eventually moved to North Carolina and married shortly after high school. By the time he was 22 years old, he was the father of three children. His wife stayed at home caring for their family and he worked three jobs, just barely making ends meet. “I wanted something better for my family,” he says. “Having worked on computers, I knew that was the direction that I should go, but I couldn’t just put my life on hold and go to college.”

“I ended up really learning a lot, and had nothing but a great time, especially because it was hands on. I worked hard to maintain a 4.0 GPA, and continued to work three jobs while being a full-time student.”

Mike saw a commercial for ECPI University and was intrigued. “After chatting with an admissions representative at the Greensboro campus, and learning that the accreditation is the same as the ‘big colleges,’ I decided to give it a shot. I ended up really learning a lot, and had nothing but a great time, especially because it was hands on. I worked hard to maintain a 4.0 GPA, and continued to work three jobs while being a full-time student.”

One of those jobs was a work-study program in the campus’ IT department. “He always showed up on time and with an excellent attitude,” says Campus IT Director Frank Hughes. “He went above and beyond helping students with any and all IT-related problems. Michael’s attitude and customer service skills are what really helped him be successful.”

Even before graduating, Mike had a job as a network engineer with 1path, a Cisco Gold Partner. He currently works for Philips Healthcare, the top company in Patient monitoring. He is now down to just two jobs. His wife had the idea of starting a food truck. During evenings and weekends, he works with her in this new, but already successful venture. Called the

Rockin Moroccan, it was recently voted the #2 food truck in North Carolina. “We’ve been open less than two years, and we’re already booked out six months to a year in advance,” he says. “I feel blessed to be where I am today, but I can assure you that it’s not luck, but pure hard work!”

Where does Mike’s drive come from? “My wife and my family,” he says. “She’s my biggest supporter and I’m hers. A lot of people discouraged us, but we learned everything we could about the food truck business and built our business from the ground up, or rather, the street up! We want something to leave for our children.

So, on second thought, maybe it wasn’t Stephen King’s words that best describe Mike Neel. Maybe it’s Malcolm Gladwell who said, “Hard work is a prison sentence only if it does not have meaning. Once it does, it becomes the kind of thing that makes you grab your wife around the waist and dance a jig.”

Be the first to comment on "His Secret to Success: Hard Work"