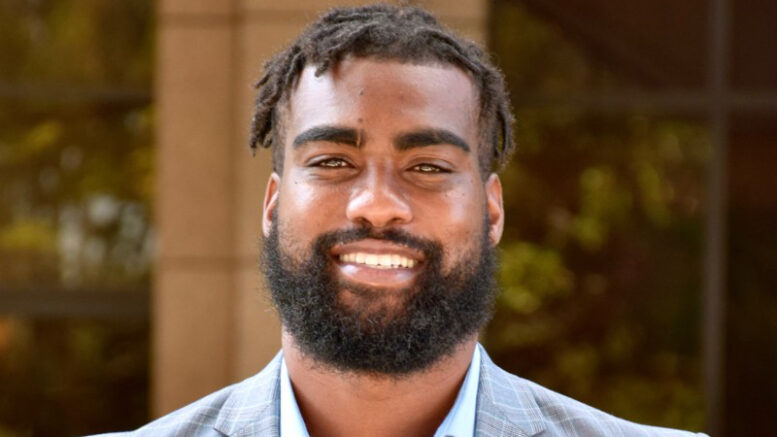 Born and raised in Louisiana, Christopher Walker joined the Air Force at 18 right after graduating from high school.

He served as a surgitech in the military, and though he liked the career, it wasn’t the lifestyle he wanted to live.

So after serving his country, which included two years in Japan, Christopher got out in 2019. He faced the same question many former service members ask themselves once they’re civilians again: what’s next?

“When I did my research, I met like three people within a week and they all did cybersecurity,” said Christopher. “One of the guys I met talked about ECPI, so I stopped by campus. I walked in and felt great talking to them.”

Christopher liked that his experience would be more personal. “I wasn’t a huge ‘computer person,’ but when I was thinking about what I wanted to do, and what I wanted to get my degree in, I liked that at ECPI you can get more help from teachers, which is good for me, because I don’t like a big class environment,” said Christopher. “I also liked that they have a NSA award for the cybersecurity program. It caught my eye.”

It didn’t take long for him to decide. With ECPI University’s unique approach – fast and hands-on – Christopher found what he was looking for in college and enrolled to study cybersecurity.

During his 2.5 years working towards his bachelor’s degree, Christopher liked the acceleration of his classes. “I’m a fast learner and I didn’t need 10 weeks to learn something. That was a big thing for me,” he said.

His biggest challenge was COVID. “I had twins that were born in January 2020, and then COVID hit. I went from having the structure of kids in daycare, work, gym, and in-person school to having to deal with COVID.”

At the time a straight-A student, Christopher’s grades began to suffer. “I was going on an hour or two of sleep. I did not want to do online classes, because I learn better in person,” said Christopher. “But I got it together, and found some structure.”

Christopher had the support of his San Antonio faculty and staff, both in and out of the classroom. He appreciated how understanding they were about juggling school, work and family life. “Our professors were amazing. They work in the real world and have that experience, and they were there for us whenever we needed them,” he said.

Part of Christopher’s support system was San Antonio’s Student Veterans of America (SVA) club, which he co-founded in 2019. He then served as SVA President from 2019 – 2021. “SVA is an association for veterans that are in college programs, and it’s a community of people like us. We have meetings, get involved in the community, and provide resources to veterans that may have trouble transitioning from military to civilian life,” he said.

According to Christopher, San Antonio’s SVA did a lot in the community. “We went to and helped the Salvation Army, as well as volunteered at HEB Kids to help with the kids in need and donate clothes. We had a lot of events – especially hiring events, where cybersecurity employers came to talk about what they’re look for.”

Now an ECPI graduate, Christopher has earned several certifications. He worked at the IT Helpdesk after his September 2021 graduation, and in April 2022, landed a job with Oasis Systems as a Software Test Engineer.

“Based on my experience with interviews and now at work, the hands-on part of ECPI has been really effective for me,” said Christopher. “My classes had already prepped me for the certifications. Plus, on the job, you can learn by reading a book, but if you don’t have actual experience with the systems, it’s different.”

With a degree, certifications, and a job he loves, Christopher Walker is where he wants to be. Nowadays, you might find him back at ECPI, but that’s to share his journey with current students.

Message from the President 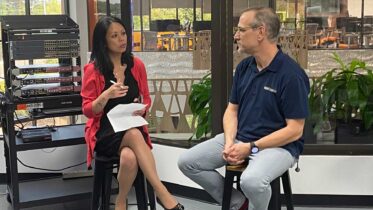