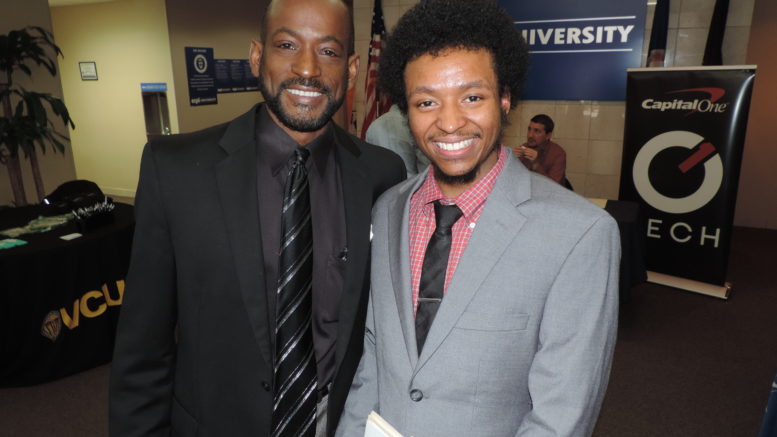 When Nicholas Williams was in high school, he learned about the Mayor’s Youth Academy in Richmond, Virginia. Its mission: to provide development opportunities to youth throughout the city such as job readiness training, leadership development, exposure to entrepreneurship, mentoring, and post-secondary career exploration. He eagerly signed up to participate.

Since the program began in 2010, ECPI University has been a proud partner of the academy. The Richmond/Innsbrook campus provides a five-week program where recent high school graduates participate in enrichment classes and attend an actual college course at no cost.

“We look for students who may not have a plan, but they do have potential,” says ECPI Richmond/Innsbrook Campus President Jacob Pope. “For many at-risk youth, college seems out of reach. This program puts them in an actual university environment where they can learn and build their confidence.”

That’s how Nicholas was first introduced to ECPI University. He had always been good with computers. In high school, he was a member of the robotics club. Attending ECPI University during that summer youth program opened his eyes to all the places his natural talents could take him – if he had an education.

[Tweet “”I knew I was in the right place. I love the hands-on approach. That’s the way I like to learn.””]

In 2015, Nicholas began his college career and enrolled at the Richmond/Innsbrook campus to study Electronics Engineering Technology. “I was kind of nervous at first,” he says. “I was the youngest person in the class, but once we got into it, I knew I was in the right place. I love the hands-on approach. That’s the way I like to learn.”

Nicholas has already earned his associate’s degree and is now working on his bachelor’s. Last year, he received a scholarship from the Mike Rowe Foundation and he regularly volunteers with the campus’ Tech for Troops program where students refurbish old donated computers which are then given to veterans in need. He does all this and still manages to work 20 hours a week at McDonald’s.

“It has been my personal pleasure to play a part in and witness the growth of Nicholas,” says Jacob Pope. “From our first meeting four years ago, as a 15-year-old participant in the Mayor’s Youth Academy, I noticed something special about him. To see him now as a young man and the career milestones and accomplishments he has achieved makes me very proud knowing that I and ECPI University are better off because of our time spent with him and he with us.”