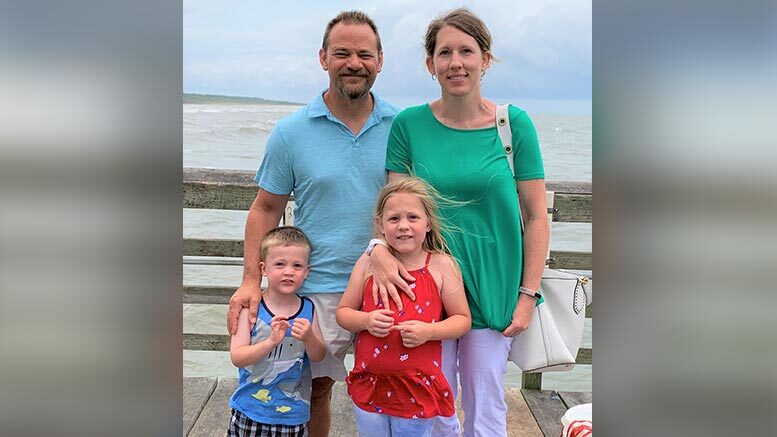 Chris Crowell had less than a month left before separating from the Coast Guard but had not found a job. He considered a career in law enforcement but lacked the college education many potential employers required. He had a head for technology, but once again, had no formal education. So, he enrolled in some classes and quickly earned his A+, Network+, and MCSA certifications. That was enough to secure a job at a local car dealership near his home in Buffalo, New York.

While there wasn’t much upward mobility, managing a 32-PC network gave Chris a foot in the door…and that was all he needed. Not long after, he got a job with an I.T. distributor, doing pre-sales consultative technical support. As it turns out, Chris had a real knack for networking, not just on computers, but also with people. If he hoped to go much further, however, he would need a college degree.

After some research, Chris discovered ECPI University Online and enrolled in what was then called the Network and Security Management program. “It was fantastic,” he says. “I did it all online which worked for me, my life, and my schedule. Flexibility was very important to me. My admissions counselor, Heather Samson, was amazing and we still remain friends today. I loved the discussions in the ‘classrooms’ and the professors were always helpful.”

Chris kept working, and after earning his degree, took a job as an I.T. consultant, providing expert guidance on everything from Alcatel-Lucent phone systems to EMC storage arrays to VMware. He and his wife then moved to Northern Virginia, where he took a job with Oracle. Then, something happened that rarely occurs in the IT field. “I got laid off,” he says. “Luckily, the job market in the D.C. Metro area is stellar, so exactly a week later I accepted a job offer at Quantum covering federal civilian accounts, which included NASA, DOJ, DOE, and a few others.

“This was my entry into the government world where I still am today. After Quantum, I moved over to NetApp, working with U.S. Army accounts such as the 82nd Airborne, 101st Airborne, and more. I ultimately ended up at Hewlett Packard Enterprise, where I’ve been for the past four- plus years. I started out as a storage architect covering the U.S. Army and other DOD agencies but was promoted to manager of the federal storage architect team three years ago. Because I generally work from my home office – when not on an airplane – my job affords me the opportunity to work from anywhere. So, four months ago, we packed up, left Virginia, and moved back to our hometown of Cleveland.

“I absolutely love my job. In my mind, the role of the sales engineer/consultant/architect is the very best kept job secret in I.T. You get paid very good money to travel, talk technology, and help customers! There’s nothing better than this.”

When asked, he offers career advice that has served him well throughout the years. “Network, network, network. And when you think you’ve networked enough, network some more. You obviously need knowledge and experience, but I cannot stress enough how much it helps to know people.

“Know the business side of I.T., too. Today it’s not enough just to know the CLI of a Cisco switch like the back of your hand or know how to provision LUNs from a storage array. You need to know budgeting, ROI, and how technology helps move the business or mission forward. Go to users groups. Go to VMUG events if you’re a virtualization guy. Things like that. Also, be flexible and always learning. I.T. changes every day, so you NEED to keep up to stay relevant.”

From Bites to Bytes